You'll always be on time!

"The One from Downstairs" Request

The Cuckoo Clock Tower is a building on Stella's boat.

Initially, when Beverly requests for her house to be built under the Request "The One from Downstairs", a mistake by the architect leads him to incorrectly give Stella the blueprints for this house. This request is obtained when talking to Beverly's concealed form in Hummingberg. Even after this mistake is rectified, the building still remains a Spirit House.

It is a narrow building with light green wood walls and a dark brown wooden border at the sides. A lantern hangs outside on the left of the wooden door. On top of the tower is an opening akin to the trap door of a cuckoo clock. In the middle of the front face is a clock with Roman numerals and only the hour hand, which displays the in-game time of day.

Although the preview in the Blueprint Station shows an overhang on the left side of the building, it does not exist when built.

The inside of the Cuckoo Clock Tower is bare, with only a small closed window at the back and two ledges. The top ledge is empty and the bottom ledge holds a hay nest and red blanket. Red curtains with pink lace hang from the ceiling.

The Cuckoo Clock Tower is the only Spirit House that is not unique and can be built multiple times. 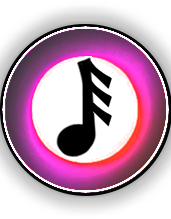